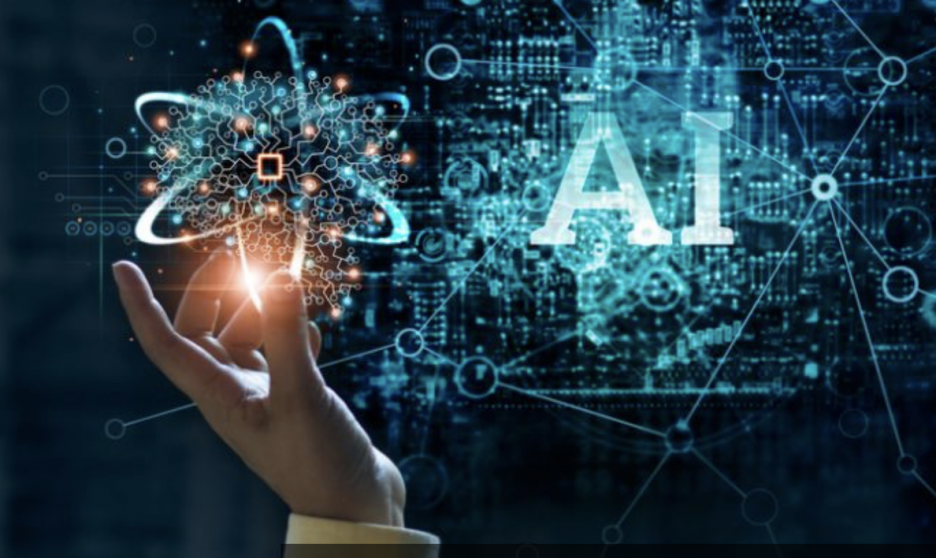 At the top of our list is one of the top-5 business influencers worldwide – Bernard Marr.

Bernard is a futurist and thought leader in business and technology. He’s also the author of best-selling books in the field of AI:

Beyond books, Bernard writes a regular column for Forbes magazine. His latest article is The Biggest Wearable Technology Trends In 2021. He also runs his own YouTube channel, where he explains basic concepts of AI, shows how to use them, and talks through technological trends for the coming years.

The next person on the list is one of the most important women in AI, Dr Fei-Fei Li. She’s regarded as “one of the top minds” in artificial intelligence. And her career revolves around academia.

She’s the inaugural Sequoia Professor in the Computer Science Department at Stanford University. But she works outside faculty as well, having co-founded AI4ALL, a non-profit organization intent on boosting diversity and inclusion in AI education, research, development, and policy.

She was the leading scientist and co-creator of ImageNet, a visual object recognition database. And her research expertise spans AI, machine learning, deep learning, computer vision, and cognitive neuroscience.

Dr Li has also written more than 100 articles and books, among others, Crowdsourcing in Computer Vision.

No matter where you’re at in your AI journey, Andrew Ng’s courses are a dream for many data scientists, programmers, and enthusiasts.

But don’t worry: you don’t need to be a Stanford student to access them (where Andrew works as Professor of Computer Science). You can take his courses online using Coursera. Haven’t you heard about Coursera?

To find out more about deep learning, check this Dlabs.AI resource.

Here’s another YouTuber for the list. This time, it’s Ronald van Loon, CEO of Intelligent World and a Director Advertisement and Advisory Board Member at Simplilearn.

Ronald’s YouTube channel is all about data science, artificial intelligence, machine learning, and related technologies. It’s an excellent resource for entrepreneurs looking to make their businesses more ‘intelligent.’ Ronald also advises many companies and often shares videos on how to use AI and data science in organizations.

Kirk Borne has a vast knowledge of AI. If you’d like proof, just take a look at his background — Kirk is:

As if that isn’t enough, he has supported NASA projects for almost twenty years. He’s also active on social media and has consistently been named among the top worldwide social influencers in big data, data science, and AI.

Andrej Karpathy is a man of great fortune: as a student at Stanford University, he fell under the supervision of the great Dr Fei-Fei Li from earlier in this list.

Today, he’s the Director of AI and Autopilot Vision at Tesla, so it’s perhaps not surprising that Andrej was named one of MIT Technology Review’s ‘Innovators Under 35’ in 2020. Like other influencers, he frequently speaks about many AI topics.

You can see many of his videos on his website.

To find out more about autopilot technology, read our article on self-driving cars.

Do you use Facebook? We’re pretty sure most people will answer, ‘Yes.’ That’s not to say the next person on this list is Mark Zuckerberg. We think it’s someone even more interesting: Yann LeCun, Chief AI Scientist at Facebook.

Yann is a computer scientist working primarily in machine learning, computer vision, mobile robotics, and computational neuroscience. His job is to ensure the behemoth social media platform works as expected, so you know he’s one of the best in his field.

He’s also known as one of three “Godfathers of AI” and “Godfathers of Deep Learning” (next to Geoffrey Hinton and Yoshua Bengio). Yann himself is a founding father of convolutional networks and one of the DjVu image compression technology’s leading creators.

For more information about DjVu, check this page on Yann’s website.

The next woman on our list is Kate Crawford, who’s also had an impressive career to-date. Kate has held positions as:

She’s a published author as well. And if there’s one book to check out, it’s her latest one: Atlas of AI: Power, Politics, and the Planetary Costs of Artificial Intelligence.

In the book, Kate discusses how huge an impact AI has on us, our society, and our economies. She also talks through what it takes to build artificial intelligence, alongside where it can go wrong (for example, if technology companies use AI to reshape the world).

If you’re interested in machine learning, deep learning, or widely-used artificial intelligence, you may well have heard of Oriol Vinyals.

He’s a Principal Scientist at Google DeepMind and Team Lead of the Deep Learning group. He focuses his efforts on understanding and developing new ideas around machine learning, neural networks, and reinforcement learning.

Now, it’s hard to believe that his interest in AI started through playing video games. But you can find out more in his review for Lex Fridman.

Geoffrey is a cognitive psychologist and computer scientist. And as we mentioned earlier, he’s also one of three “Godfathers of AI” and “Godfathers of Deep Learning” (next to Yoshua Bengio and Yann LeCun).

Since 2013, he’s been dividing his time between working for Google and the University of Toronto. He also co-founded (and became the Chief Scientific Advisor of) the Vector Institute, which focuses on AI research in support of economic growth in Canada.

Geoffrey is the assumed authority of the deep learning community, and we recommend watching “The Deep Learning Revolution” lecture he gave in 2019.

Allie Miller is one of the youngest influencers on our list. But that’s not to say she lacks experience. She’s Global Head of Machine Learning Business Development for Startups and Venture Capital at Amazon, advancing AI companies worldwide.

But that’s not even her biggest achievement: she’s the youngest-ever woman to build an artificial intelligence product at IBM. She was also named LinkedIn’s ‘Top Voice for Technology’ in 2019 and 2020, while Forbes and AI Summit called her 2019’s “AI Innovator of the Year.”

Allie also runs her own YouTube channel, where you can find videos on ML and data science.

Hilary Mason is the Data Scientist in Residence at Accel Partners and Co-Founder of Hidden Door Co, an online gaming platform for kids to discover, play, and create stories with AI.

Previously, she was the Chief Scientist at Bitly (yes, that’s the same Bitly you use to shorten your URLs). She also speaks worldwide about data, machine learning, and artificial intelligence (her keynote on ‘The Future of AI and Machine Learning’ is one you’ll want to check out).

Hilary describes herself as a ‘flesh-and-blood New Yorker’ with a huge love for cheeseburgers.